I’m mixed. My father is black, and my mother is white.

My father has experienced so much racism in his life that it has made him bitter.

This man, who came from a very small country, Haiti, and who had to flee from a totalitarian regime that had put him, his father and his brother on its blacklist of dissidents to be eliminated, with an engineer’s degree in his pocket, has lived and studied in Europe, South America and North America.
This educated man, owner of multiple degrees, had to fight, in his time, against so many prejudices and abusive sanctions, went from lawsuit to lawsuit only to defend his interests, threatened again and again for the same reason: the color of his skin. Because of his “race”.

As a mixed woman, I had to deal with other issues, especially as a child.

Finding your place in a world that always finds you either too black or too white, even within your own family, is not always easy. But overall, I cannot say that the color of my skin, or my thicker lips, or my curly hair, were the causes of the greatest issues in my life.

I soon learned to see myself as a human being who, instead of trying to belong to a group, preferred to belong to none. I grew up ignoring what others thought of me in this regard.

But I was able to do that. I was “allowed” to do that, because I’m light-skinned.

Many of the people who follow me know that I was severely bullied at school as a child, but it was usually for all the reasons in the world but this one. The “race”.

I only experienced racism through the stories my father told me.

Those stories made me angry, but I realized that I was lucky enough not to have to go  through those things myself.

Still, my experience as a different person, rejected by the people around me, has fuelled my infinite anger at injustice, at prejudice, at people who are so ignorant that they are ignorant enough to be content with themselves.

I mostly live with “white privilege”

The Black Lives Matter movement is obviously my concern.

Growing up with my mostly white family, in a mostly white society, even if I perceived a slight discrepancy, the lightness of my skin allowed me to ignore it.
It wasn’t until very late, when I began to question who I was, who my family was, who my relatives were, who I looked like, that I began to claim my blackness.

It was a part of me, yet it was very rarely emphasized. As a mixed person, curious people played guessing games. “What are your origins? ». I got almost every nationality. It was a game. It was harmless. I was lucky like that. Why? Because I was born light-skinned.

Having half of my family being black, having black friends, I soon realized that I didn’t live on the same planet as they were. I was being treated differently.
When I had to make a choice in life, when I was going somewhere, the color of my skin, or the fact that my father was black never interfered with my decisions.

Even later, some situations made me realize that I was ignoring other people’s considerations about me. Yes, other people. They were never “my people”. I wasn’t like anyone else. On both the black and the white side, I was seen as different. But that difference was not a handicap. It was even almost an advantage. “You’re so exotic. ” Talk about a compliment.

This is why today, in these turbulent times, which I hope with all my heart will bring the long awaited change to this rancid world, I will not speak to my brothers and sisters of color, but to my brothers and sisters of whiteness. Those on my mother’s side. Those who, like my cousins, like some of my light-skinned and/or light-eyed friends, have never felt left out simply because of who they are and how they look. Those who sometimes had such disturbing and ignorant comments that I argued with them badly, when I did not cut them off for good.

Today I want to talk to you, the white person who reads me and understands nothing.

If you do understand, if you support the BLM movement, this post is not for you.

I’m talking to those for whom everything that’s happening is disproportionate. Those for whom “If you want something in life just go get it.” To those for whom “racism doesn’t exist in their world/city/family.” To those who don’t ask the right questions and therefore don’t get the right answers.
Because if I, whose father is black and whose mother is white, realize how easier it is for me to live in this western world, how privileged I am, how could you, white person, ignore it?

White race, you didn’t exist until the 18th century.

Before that, people were identified according to the region they came from, the climate they lived in, their culture, their traditions.

You were invented by the Irish who emigrated to America “as a ruling class social control formation”1. By those who needed a criterion to justify their power over the black labor force they imported from Africa.

White race, you were invented by the oppressed who became the oppressors. What am I talking about? Educate yourself and read The Invention of the White Race by Theodore W. Allen.2

“When the first Africans arrived in Virginia in 1619, there were no “white” people there. Nor, according to colonial records, would there be for another sixty years. In this seminal two-volume work, The Invention of the White Race, Theodore W. Allen tells the story of how America’s ruling classes created the category of the “white race” as a means of social control. Since that early invention, white privileges have enforced the myth of racial superiority, and that fact has been central to maintaining ruling-class domination over ordinary working people of all colors throughout American history.”3

White race, you do not exist. You are an illusion. An economical and political manipulation that has lasted for centuries, and that has placed you at the top of the human food chain through colonization, decimation of indigenous peoples, and through social, political and economical domination. You are the legacy of a bygone era. It is over.

You, who read me, white person, who does not agree with what I am saying, keep in mind that you were born white in a world that has been built for you for centuries.

You were born white.

I’m not asking you to feel guilty about it. As I just said, you didn’t choose to be born white. But if you live your life unconsciously, ignoring the suffering of those whose existence is still weighed down by centuries of history written by thugs; if you stay quiet when someone around you tries to minimise the suffering and anxiety of those who do not have the same privileges as you have, those privileges for which you did not have to fight for ; if you close your eyes because you want to live your little life far from that reality, in the same way that you close your eyes over all the horrors lived by those that are always forgotten, everywhere on Earth; if you are this person who is just waiting for this to pass without saying anything, without doing anything, without contradicting the ignorant, then you ARE ignorant. You are LATE. If you think for just one second that the problems of human beings like you are not yours and do not concern you in any way, you came on this Earth for nothing.

There are thousands of people in the streets defending this cause as I write.

You don’t have to be a part of it.

But if you are NOT a human being who was born just to buy clothes, to go out, to go on vacation, to retire and to die without having done anything to contribute to do better in this world, you MUST RAISE YOUR VOICE. You MUST RAISE YOUR VOICE against anyone, your friends, your family members, idiots on the street, anyone who speaks out against the intrinsic value of those they consider different, but who are, in fact, YOUR BROTHERS AND SISTERS. Because remember, white race, YOU DO NOT EXIST.

In case you’re still scratching your head, here’s a list of 50 of your – our – white privileges, as stated by Peggy McIntosh.4

Ok. So I'm tall. And I'm curly. I tried to be short. Didn't work. Tried to have straight hair. Didn't last. Then I thought : "Hey! Let's try something new and be myself!" And that is : tall, and curly. Some people think it's nice to … END_OF_DOCUMENT_TOKEN_TO_BE_REPLACED

Tag someone who guard themselves too much 👇🏽 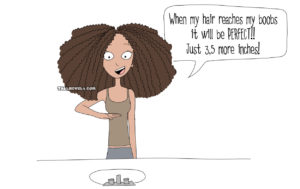 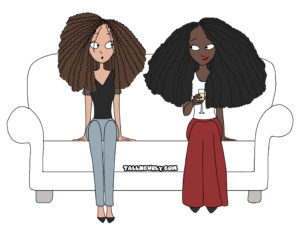 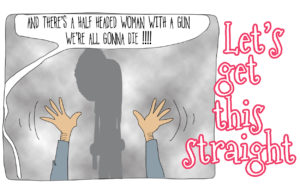 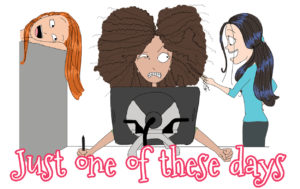 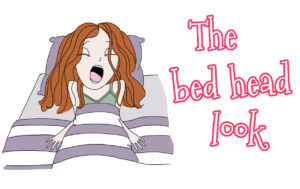 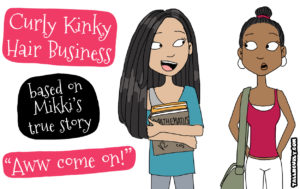 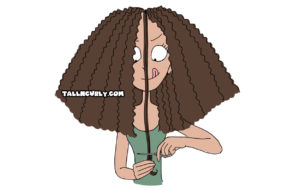 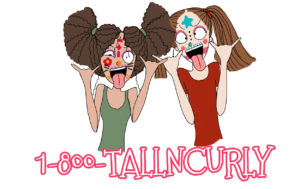 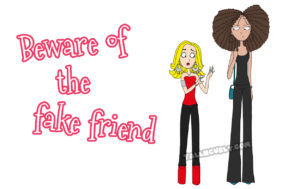 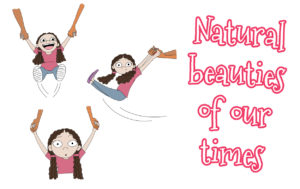 Share via
Send this to a friend
We use cookies to ensure that we give you the best experience on our website. If you continue to use this site we will assume that you are happy with it.OkRead more